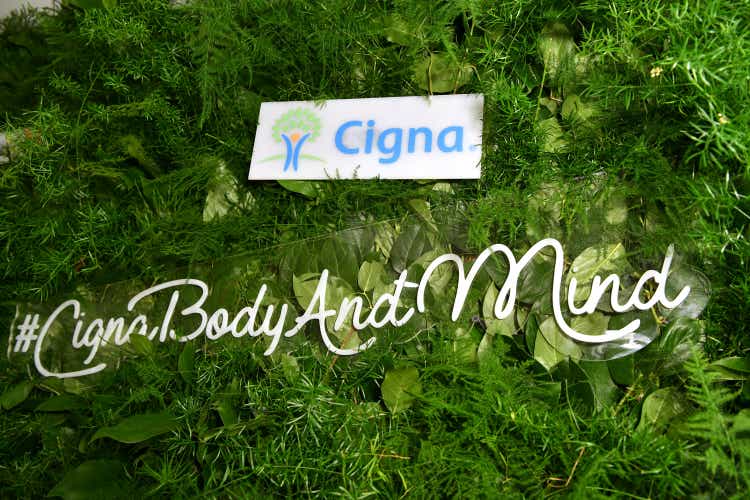 I first covered multinational healthcare and insurance company Cigna Corp. (NYSE:CI) in June 2022 and concluded that I did not see much reason for share price appreciation due to potential healthcare and other reforms (which could take a long time to enact, of course) and generally deteriorating sentiment toward equity-based investments. I rated the stock a “hold” and kept it on my watch list because of its convincing growth story and shareholder-friendly management.

As it turns out, the stock is up nearly 25%, including dividends since my original article, while the S&P 500 is down 9%. This is due in large part to the flight to safety, which I mentioned in my previous article but obviously underestimated. Another reason is the strong operating performance in 2022, which is expected to continue through 2023. In this brief update, I will discuss Cigna’s third quarter results, highlight several organic growth drivers, and also briefly discuss the company’s increasing focus on cash returns to shareholders.

Cigna released its third quarter results on Nov. 3, reporting quarterly revenue of $45.3 billion, up 2.2% year-over-year. Quarterly earnings per share increased 5% to $6.04, significantly beating the roughly flat consensus estimate. Adjusted quarterly operating income decreased 4% year-over-year, but increased 3% after accounting for the divestitures of the international life, accident and supplemental benefits businesses to Chubb (CB), effective July 1, 2022, and the divestiture of the Medicaid business to Molina Healthcare in January 2022. As of September 30, 2022, Cigna had 192.5 million customer relationships (+6.1% year-over-year), including 18 million medical customers (+5.6% year-over-year).

The strong performance was due in large part to the strength of Cigna’s Evernorth business (including coordinated and point solution health services, such as its pharmacy benefits services), which grew quarterly revenue and adjusted operating income by 6.2% and 5.0%, respectively, year-over-year. Cigna Healthcare’s quarterly revenue increased 2% year-over-year on a comparable basis, which excludes the divested Medicaid business. The medical cost ratio was just under 81%, down significantly from 83.5% in Q3 2021, primarily due to lower direct COVID-19 costs and improved pricing and affordability. For the full year and compared to prior guidance, management expects MCR to be approximately 15 basis points lower at 81.5% to 82.2%.

Net investment income was significantly lower on both a quarterly and nine-month basis, primarily due to the aforementioned asset sales (approximately $200 million to $240 million annual contribution of the assets divested to Chubb) and higher-than-expected mark-to-market adjustments in the Alternative Investments portfolio, which also are expected to occur in the fourth quarter of 2022.

As a result of the overall better-than-expected results, management raised its 2022 revenue guidance to at least $179 billion (+0.6%) and EPS guidance by 0.9% to at least $23.1, representing year-over-year growth of approximately 13%. The analysts’ consensus estimate for 2023 of $25.30 per share appears reasonable in management’s view, reflecting growth of about 10% over the updated 2022 forecast. However, this does not yet include approximately $200 million in pre-tax costs associated with a new multi-year agreement with Centene that will allow approximately 20 million members to use Express Scripts’ pharmacy benefits and specialty services and open the door for additional services from Evernorth Health. Intermittent costs are expected to have a low single-digit percentage impact in 2023, but Cigna expects a neutral to slightly positive contribution as early as 2024.

Over the long term, Cigna expects organic earnings growth of 6% to 8% on an annualized basis, but thanks to share repurchases, per-share growth should be 10% or higher. M&A activity will also contribute to growth, but will play a subordinate role:

So organic investments are number one; two, is smartly and successfully leveraging our ventures capabilities to partner up with organizations to accelerate innovation; and the third is M&A. We remain quite open to M&A. We do not deem it to be a silver bullet. It’s a part of the growth support strategy.

Cigna highlighted key growth pillars already in its Investor Day presentation in early June. Most importantly, the mature businesses (Evernorth and Cigna Healthcare platforms) are expected to continue to deliver reliable growth due to their recognition, while offering significant economies of scale and various cross-selling opportunities. The company will remain competitive through its consultative sales approach and pricing discipline while tapping into international growth opportunities at the individual, private employer, and even government levels. Virtual care (MDLIVE program) is also playing an increasing role and results in greater cost efficiencies and allowing physicians to better anticipate health issues. Cigna claims that avoidable emergency room visits can be reduced by at least 10% through this system.

The company also is placing emphasis on the increasingly important oncology therapies (Accredo Specialty Pharmacy) and biosimilars. However, it will take a while before a broad range of biosimilars is adopted. In 2023, the net positive impact will come exclusively from currently emerging Humira analogs (adalimumab, AbbVie, ABBV) such as Amgen’s (AMGN) Amjevita, Organon’s (OGN) Hadlima, Viatris’ (VTRS) Hulio or Novartis’ (NVS) Hyrimoz.

Finally, the company has set a goal of further reducing the cost of medical expenses for its clients by growing costs at a rate below inflation. This sounds like an ambitious target, but if the components of the consumer price index are considered, this goal, which understandably attracts media attention, seems quite achievable. In any case, such news would benefit not only clients, but of course Cigna itself, as it would attract new customers and keep retention at a high level.

In terms of inorganic earnings per share growth, the company has repurchased approximately 22 million shares for $5.8 billion through Nov. 3 and expects the number of weighted average shares outstanding to decrease to 313 million by Dec. 31, 2022 – 8.2% less than the number of diluted weighted average shares outstanding in 2021 (p. 96, 2021 10-K). 70% of expected free cash flow through 2026 (i.e., approximately $28 billion) will be used for further buybacks and smaller tuck-in acquisitions (slide 15, Q3 earnings presentation). Another $8 billion are expected to be distributable to shareholders via dividends. In 2022, I expect the company to spend approximately $1.3 billion on dividends, which means Cigna could grow dividends at a compound annual growth rate of at least 10% through 2026, not even including the positive effect of share repurchases. The actual dividend growth rate should therefore be much higher, making Cigna indeed an emerging dividend growth stock, as I surmised in my previous article.

Management so far has not noticed much demand-related impacts that could be interpreted as signs of an imminent economic slowdown. The team continues to see an environment where employers are retaining or even hiring, which has slowed in some areas (hiring freezes), but still appears positive on a net basis. While management acknowledges that the economy is “in a difficult environment at the moment,” they’re confident that Cigna will be largely spared the negative effects, at least in the short term. Apparently, the market is in agreement and does not currently anticipate mass layoffs and consequently lower revenues for Cigna due to a declining number of insurance contracts.

In this context, it’s worth noting the company’s recent expansion to become the exclusive specialty pharmacy provider for the Department of Defense (DoD) in 2023. Clearly, focusing on such government entities dampens the volatility of Cigna’s portfolio, especially since the DoD is Cigna’s largest customer. Some might argue that overly-indebted governments could consider austerity programs, potentially affecting defense spending and thus indirectly affecting Cigna. However, given heightened geopolitical tensions and increased demand for defense equipment in European countries, it’s reasonable to expect defense spending to at least remain stable going forward.

Conclusion – Where I Went Wrong

In my original article, I concluded that fears of an impending healthcare reform, as well as generally weak investor sentiment, would likely keep a lid on the share price of this obviously well-positioned and well-managed company. However, unlike the S&P 500, investors in Cigna have done very well so far this year. I obviously underestimated the demand for safe-haven stocks, of which Cigna is undoubtedly one. I also believe that faster-than-expected interest rate hikes by the Federal Reserve are acting as a tailwind for Cigna. Higher interest rates are generally positive for insurers, as they can invest their cash at increasingly better rates. However, it’s important to remember that CI had $17 billion in investments on its balance sheet at the end of the third quarter, 95% of which were long-term investments that carry significant interest rate risk. However, as most of these are held to maturity, this risk should not be overstated, partly because these assets are largely carried at cost and not at fair value.

Cigna reported another very strong quarter, and its growth plan provides solid arguments for a continuation of this trend. Even though a continuation of the bull market, therefore, seems plausible, I suspect that at some point we will see some kind of mean reversion. Cyclical companies have come under significant pressure and offer better opportunities, in my opinion. Major technology stocks also have declined significantly from their exuberant highs and are increasingly reflecting what can be seen as GARP – growth at a reasonable price.

In any case, I expect Cigna to continue to provide good shelter from the storm as earnings and cash flows are likely to be little affected by the looming economic downturn. Therefore, I continue to rate the stock as “hold.” I would only consider a long position at a significantly lower price (price/earnings ratio of around 10), but I cannot imagine a scenario at the present time that would lead to such a price decline – the company is simply performing very well.

Thank you very much for taking the time to read my article. In case of any questions or comments, I am very happy to hear from you in the comments section below.