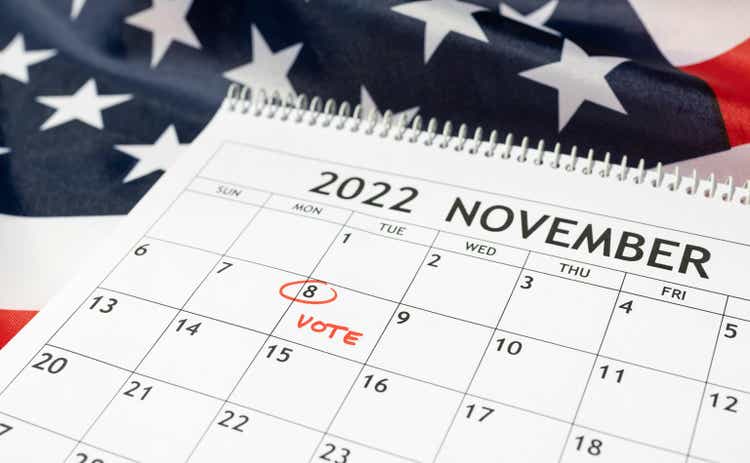 I recognize that I have been calling for strength to return to my “Tech Titans” list for months. I started accumulating Alphabet (GOOGL) and Amazon (AMZN) as they prepared to split, I added Microsoft (MSFT), then it was only natural to start building up Adobe (ADBE), Intuit (INTU), and ServiceNow (NOW). Most of my portfolio for long-term trading consisted of technology at that point. Then it became clear that oil names traded separately from tech according to a different set of economic data. The energy sector was also clearly outperforming the overall markets. Then last week GOOGL, and AMZN reported, and it was clear that the cloud was slowing down. I covered this last week, I said it is extremely easy to slow expenditures and that’s why these services were hit so quickly and dropped so precipitously. I am not retreating from that logic, my conclusion if you recall is that the demand for the cloud cannot be held up for very long, let alone for a year. Yes, I am not backing away from that notion either. The question still is how long can enterprises hold off from spending what they need to keep up the firehose of data coming from their systems in the cloud. The bigger question is how vulnerable to further losses are not only the cloud platforms like Azure, GCP, and AWS but also enablement software like Confluent (CFLT), HashiCorp (HCP), MongoDB (MDB), Snowflake (SNOW)? We saw with Twilio (TWLO) that these names are vulnerable to less usage, and underperformance. SNOW, TWLO, and others are consumption-based, making it very convenient to cut down activity as well. Another wrinkle is the announced layoffs from Twitter to Meta Platforms (META) and all manner of layoffs from venture capital-funded startups. While I believe that software engineers, coders, designers, and any other software-related workers will find work elsewhere very quickly. It is highly likely that they will be working with the same tools. There are 1.9 jobs for every available worker, and the greatest demand is for these kinds of professionals. It should take anywhere from 2 to 3 weeks for the most skilled then up to 3 months for the less skilled or most picky. That means that at least one input for demand could be disrupted going into the next quarter. The other variable in this calculus is how much of the bad news is already in these particular stocks. Then where does the recession come in, does the recession come in at all? Though the economy has been very resilient I thought it would hit the middle of next quarter. Leon Cooperman said it was likely going to hit in the latter half of ’23, so I will defer to him. Very often the stock market tends to already be rallying by the time a recession starts.

Thinking it all through

If you haven’t caught on yet, this is how I think through the sectors that I am involved with. With Cash Management Discipline, the trading style that I advocate in the Dual Mind Research Community, I can work down the average cost per share, if these stocks retreat. My thesis is that these names are already discounted for lower performance. However, I will keep them on a short leash from here. If they don’t rise this week, and in fact go in the opposite direction I will have to reduce my weighting in technology and wait for them to base before I restart accumulating them. I have not abandoned the conviction that I have in these names. Timing is everything and the last thing I want is to get caught in a stock and be down 30% in the blink of an eye. The notion that AMZN or MSFT can fall another 30% sounds ludicrous but if ’22 has taught me anything is that stocks can be quickly re-rated. On the other hand, the fact I am entertaining the notion of pulling the ripcord on the best tech names has got to mean that we are close to the bottom. Technicians have been saying that you’ll know the bottom will be reached when the best names are taken out and shot so-to-speak. I think now is that time. So I am going to stick with these names but they better hold the line, and base at this level.

Though I still feel less sanguine about chip names, I was skeptical about a chip glut while at the same time many manufacturers were still concerned about getting enough chips for cars, trucks, appliances, and other machines. Now that we heard from Texas Instruments (TXN), NXP Semiconductors (NXPI) and ON Semiconductor (ON) had warned in their forward guidance. While chip companies are warning of difficulties in the near term, they also have a bright future of rising demand for the long term. Green energy, intelligent grids, autonomous vehicles, internet-of-things devices, and augmented-reality glasses require increasing numbers of sophisticated chips, innovations like these, and the rise in demand for data centers, cloud platforms will reach sales of $1 trillion by 2030. I am using this as another example of a strong sector that is temporarily having difficulty only renewing growth in the near future. I will watch their earnings reports in mid-January to see if they are turning it around.

So if I am being more pragmatic regarding investing where am I focusing currently? We have seen that Boeing (BA) has finally turned the corner with higher free cash flow. BA joins other industrial companies in outperforming the market. I am attracted to BA because it still has skeptics. This will allow us to build a position before it gets away from us. What I have been doing is examining the suppliers of parts that go into both the Dreamliner and the 737 MAX. These two models have been grounded for years and now both are delivering planes that have been in storage. As the backlog gets lower BA will be raising manufacturing again. This will benefit GE which makes the Jet Engines, in a joint venture with Safran (OTCPK:SAFRY), Also Spirit AeroSystems (SPR) which constructs the fuselage, and also avionics by the Collins division of Raytheon (RTX). So far RTX is the only new stock that I will start a position in. It also is in demand for its Javelin and Stinger missiles which the US is providing to Ukraine, and need to be replaced.

I am also as I said last week moving into biotech and med-tech, I acquired some IHI the ETF for medical devices just to have overall coverage. I will continue to add names in biopharma and devices going forward. I started a position in GILD, to sit alongside my other biotech, and health-related names – BHVN, DNA, EXEL, HLN, ILMN, INCY, PGNY, JAZZ, SRPT, VEEV.

I also intend on starting to build up on regional banks, I did list some names last week, but they are small positions. As we get closer to the end of these .75 % rate raises it would make sense to get a little deeper into financials, not only regional banks but insurance companies are going to make more money with these higher rates.

Some thoughts for this very important week

We have the mid-term election on Tuesday, I would expect to see the market start to rally once it is certain that the GOP will take at least the house. This is not political, the stock market always trades up on the news that there is a divided government whether it is the Democrats or the Republicans. November 10 is another opportunity to reveal the CPI. I am no longer predicting that lower inflation will find its way into the CPI. I will see what happens and react accordingly. If disinflation finally shows up I would expect the market to rally even harder. If there is any improvement the market will rise, look at what happened with Friday’s employment number, the unemployment rate rose to 3.7% not too far away from the 4% that some commentators say that the Fed is looking for. Commentators are complaining about employment at 250,000. I only want to say that we were at 500,000 to 600,000 jobs not too long ago. Progress or rather retrogress of employment, the bad news is good news. The Fed is slowing the economy, and perhaps the economy can have a soft landing. I am still expecting a rally going into the year-end, and that is as far as I can see right now.

Torsten Asmus Background Bonds can provide investors with a stream of fixed periodic interest payments and the eventual return of principal upon maturity. They play an important part in diversifying investment portfolios. 2022 was a tough year for bond funds primarily due to...