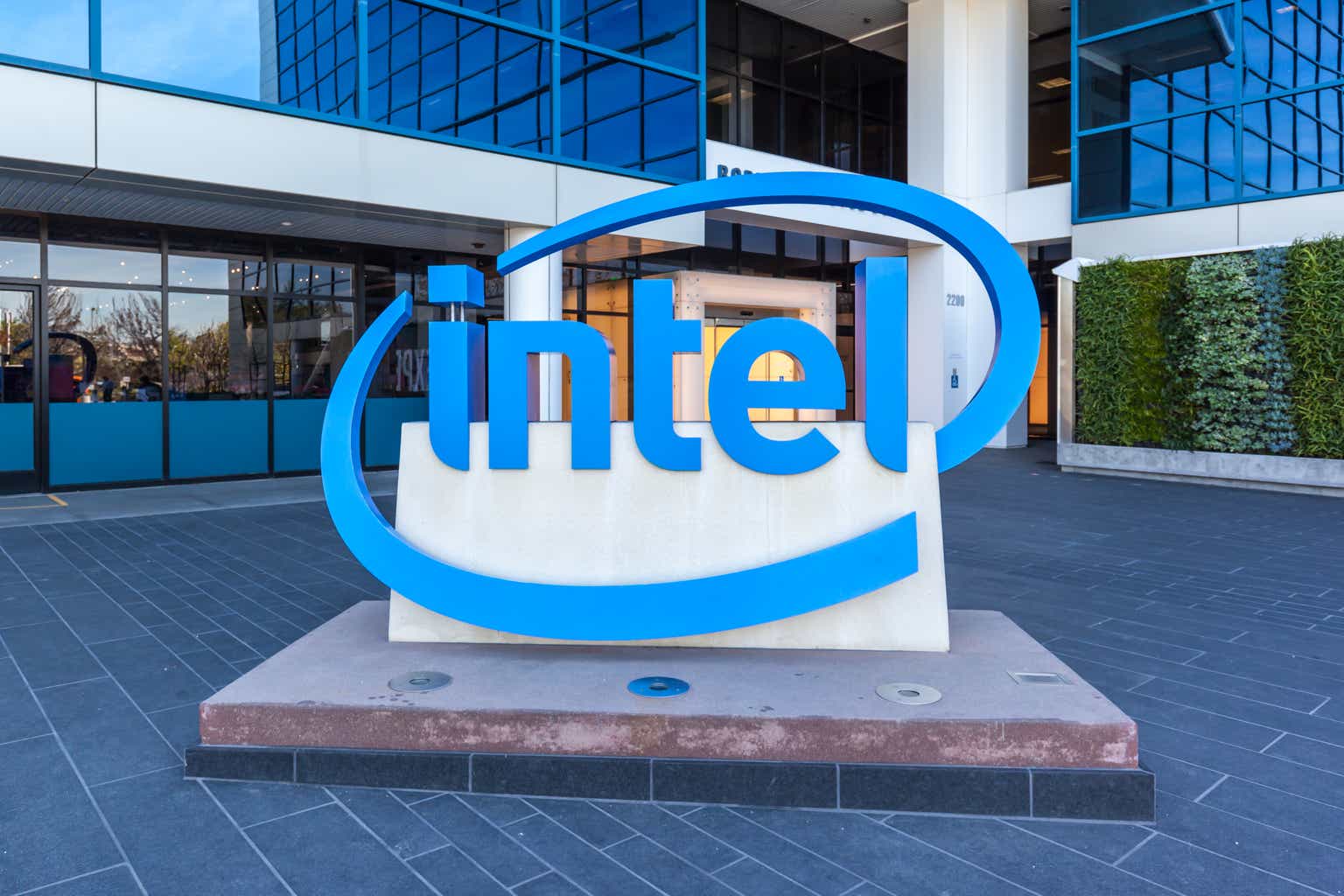 Despite initially expecting a Q2-3 financial bottom, Intel (NASDAQ:INTC) last quarter guided for another sequential tick down in Q4, which would be the baseline for the seasonal decline in Q1. Clearly, the financials are still weak.

Meanwhile, the stock has seemingly bottomed in high $20s range. Given that the turnaround is now right around the corner (starting in the second half of the year), and still on track, it is becoming increasingly less risky to buy this bottom.

Previously, I stated that 2023 would still be a year of mostly internal milestones ahead of the big deliverables coming up in 2024-25, the timeframe when Pat Gelsinger originally intended to achieve “unquestioned leadership in every category”. Since ultimately chips are built from transistors, for a large part leadership comes down to its competitive position in process technology (where indeed Intel was until 10nm the unquestioned leader for well over a decade). As of January, Pat Gelsinger said it is remains on track.

To recap, in 2021 analysts were originally looking for a decline in revenue to the low $70B range, which Intel outperformed. For 2022, Intel was initially looking for yet another year of low growth (adjusted for the NAND sale), but due to the worsening macro environment in mid-Q2, Intel delivered a major downside revision to its annual guidance, originally citing a major inventory correction (meaning that Intel shipped below actual PC sales). Intel expected a bottom in Q2/3, but Q4 revenue has since been guided to sequentially decline, followed by another seasonal decline in Q1.

The issue with this financial downturn is that it comes amidst massively increased investments in the wake of the CEO transition to re-establish leadership, both on the capex as well as R&D side. Since declining revenue and gross margin vs. massively increased spending isn’t sustainable (and indeed the stock is down by around 50% from its previous trading range), Intel last quarter announced a $3B spending reduction program for 2023, cumulatively reaching $8-10B by 2025. Intel noted that it would see some further improvements as it comes out of the accelerated technology in 2026 (5 nodes in 4 years). The $3B figure was also net of increased depreciation in 2023.

Since Intel had intended 2022-2024 to be years of investments, which would be managed to roughly cash flow breakeven, the decline in revenue outlook has already caused some adjustments, notably net capex has been reduced to $21B. Nevertheless, the adjusted cash flow is still guided for a $2-4B outflow.

For Q4, Intel expects $14-15B revenue, implying a less than a $60B annual run rate. This has significantly reduced Intel’s leverage, with just $0.20 EPS and 45% gross margin. Although investors would probably welcome a beat, at this point there is no indication to expect a meaningful, structural recovery in the financials.

Referring to the Seeking Alpha estimates, the current consensus for 2023 is for an annual drop in revenue to $61B and roughly flat EPS. Clearly, in general there is indeed no expectation for a recovery in 2023.

Nevertheless, in general I would probably expect a bit higher revenue than these estimates. Intel’s October provided PC TAM estimate for 2023 called for a relatively small decline, and Intel has also been reporting quite low data center revenue, although obviously in this segment there is also stronger competitive dynamics at play (at the recent Intel PC seminar, Intel showed PC market share has actually remained remarkably stable in the wake of AMD’s (AMD) resurgence), even if it was simply because Intel had nearly 100% market share at the time when AMD re-entered this market.

The table below gives an example of how the financials could be trending.

To be fair, after mentioning that Intel expects a seasonal decline from at best ~$15B revenue in Q4, it is unreasonable to expect $16B revenue in Q1, so these numbers should be taken rather as what may be an annual average.

For DCAI, Intel hasn’t reported any quarter above $5B since Q1 2022, which came in at $6B. At a $5B quarterly run rate, it could post a slight YoY increase in revenue. In ordinary times, $5B wouldn’t be much to expect, but of course it depends on what the new normal is going forward, and to what extent there is continued competitive pressure. On the competitive side, while Intel recently launched its Sapphire Rapids with higher ASPs (average selling prices), AMD has also launched its own next-gen, 5nm-based, portfolio. AMD has also increased its prices, so overall the competitive situation hasn’t changed much, although obviously that means Intel is being behind in general.

For NEX, I have assumed a flat year, clearly below the mid-teens investor meeting target.

Both AXG and IFS remain mostly in pre-revenue stages, so I have just modeled flat growth for simplicity given their minor scale at this point. In reality, there obviously should be some growth given the product launches in the last year. For IFS, the Tower acquisition should add inorganic revenue anyway.

For Mobileye, I have assumed some sequential growth.

For the PC, $30B revenue in 2023 would be down from $37.5B revenue in 2021, which is in line with about a 20% TAM reduction from those COVID highs. Note that Intel has increased its prices in Q4, so that tailwind might partially offset the TAM reduction, or at least de-risk the $30B estimate.

On a macro environment note, on one hand people seem to be expecting inflation to improve significantly in 2023, as evidenced by the almost non-existent inflation in H2 2022. On the other hand, people also seem to be expecting economic growth to decline (to a recession), so it remains to be seen how that plays out.

Overall, even if DCAI performs materially worse, then some upside in NEX, AXG and IFS, which I have assumed to be flat despite being growth businesses, might at least partially offset such a decline. It seems a lot of continued PC weakness is expected, but even accounting for some AMD share gains and the Apple (AAPL) silicon, $30B revenue would be lower than worst PC years of the last decade, which seems only plausible if the PC TAM plummets, which at least Intel isn’t expecting.

Like the financial side, there isn’t a lot on the product side in 2023 either to get excited about.

On the PC side, obviously Meteor Lake on Intel 4 should debut, Intel’s first process technology leveraging EUV, which enables the next decade of logic scaling. Nevertheless, while Intel said it would ramp well, it has already become clear Meteor Lake is mainly focused on the mobile side (similar to Tiger Lake in 2020), with Raptor Lake Refresh planned for the desktop. Overall, while Meteor Lake will be an important product, Intel 4 will hardly contribute to Intel’s revenue in 2023.

On the GPU side, a recent leak showed Battlemage planned for early 2024. Because its Xe core count will double (and it will also have higher clocks), performance should also roughly double. Hence, this part should be incrementally more competitive.

Lastly, on the process technology side, with Intel 20A scheduled to start ramping through 2024 (like Intel 4 in 2023), this node should be in its final stretches of development. Overall, this means Intel is preparing to ramp Intel 4 in H2’23, Intel 3 in H1’24, 20A in H2’24 and 18A in H1’25. (The actual start of manufacturing will likely be even a bit earlier, but it usually takes a few quarters for volume output to become substantial.) In that regard, at least the first half of 2023 should still be calm before the storm.

The stock is down roughly 50% from its trading range a few years ago, obviously a combination of lower earnings leverage from less revenue as well as higher spending for investments. Despite these financial trends during this downturn, the stock remains priced with a double-digit PE multiple.

So, while the market hasn’t become overly bearish, the stock could nevertheless be close to its bottom. Although my September bottom call was a bit premature, given the swiftness of the downturn arguably Intel is currently both close to its bottom in terms of revenue, and given the $3B spending reduction program for 2023, also at peak spending.

Combined with the transformation from being a tech laggard to leadership as Intel is now at the verge of ramping four nodes in two years (two full nodes and two intra-nodes), arguably this remains an opportune time to scoop up Intel shares quite cheaply.

While Intel is likely still going to be far off the $70B range from the last few years, the analyst consensus for just above $60B revenue seems highly conservative. My own ballpark estimate provided here is $65B (although it requires the relatively high estimates for H1 to be compensated by conservatives ones in H2). Going back to the investor meeting, which was less than a year ago, the expectation for 2023 would likely have been to approach $80B revenue instead.

While the PC TAM has declined by around 20%, it is still at healthy levels, at least according to Intel’s provided forecast, and there may be a bit of a tailwind from the price increase. Intel at its recent seminar said its long-term forecast is 300M, above the pre-COVID numbers. Nevertheless, besides continued PC weakness, investors may observe that recently the DCAI segment has also underperformed significantly. Given some of the big layoffs that have been announced, such as at Microsoft (MSFT) recently, it may not be unwarranted to be conservative about enterprise spending.

Overall, on both the business and financial side, there seems little to be bullish about for 2023. The only bullish scenario would be a recovery in the financials from the $15B to $19B+ quarterly level, but that seems like a black swan event currently.

So for now, this still leaves the company and stock at underperforming levels. The stock should be bought for meaningful upside, not in the short term, but in the years ahead, as a recovery in revenue (partly driven by some of the emerging businesses like foundry, and partly driven by a return to tech leadership) should coincide with more normalized investments levels, resulting in leverage that should fuel EPS and hence stock growth.

Since the basic principle of investing is to buy low and sell high, that means Intel is an investible stock currently, but a multi-year patience is (most likely) required.